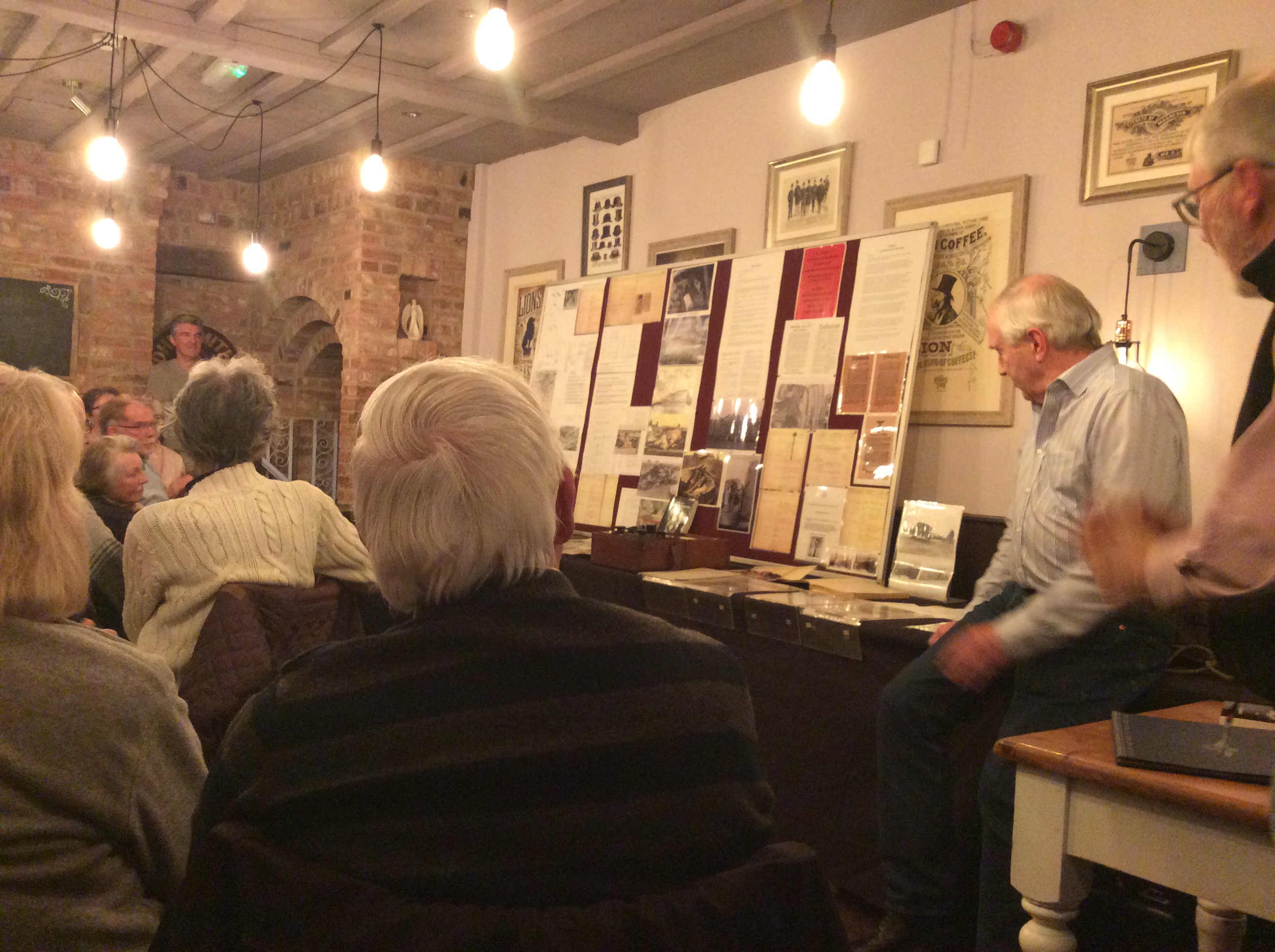 Darryl brought along maps, items of uniform and log books - an amazing collection 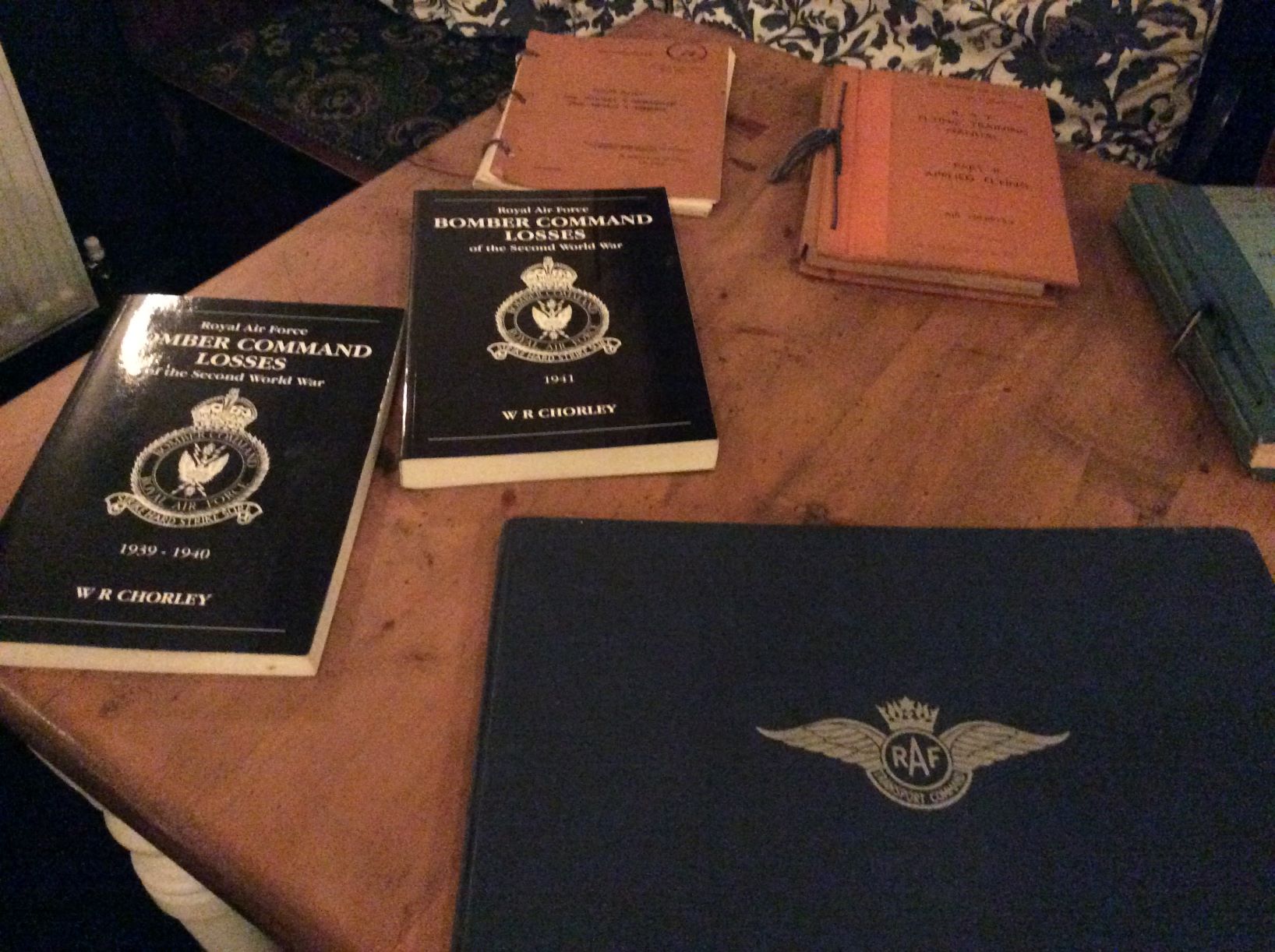 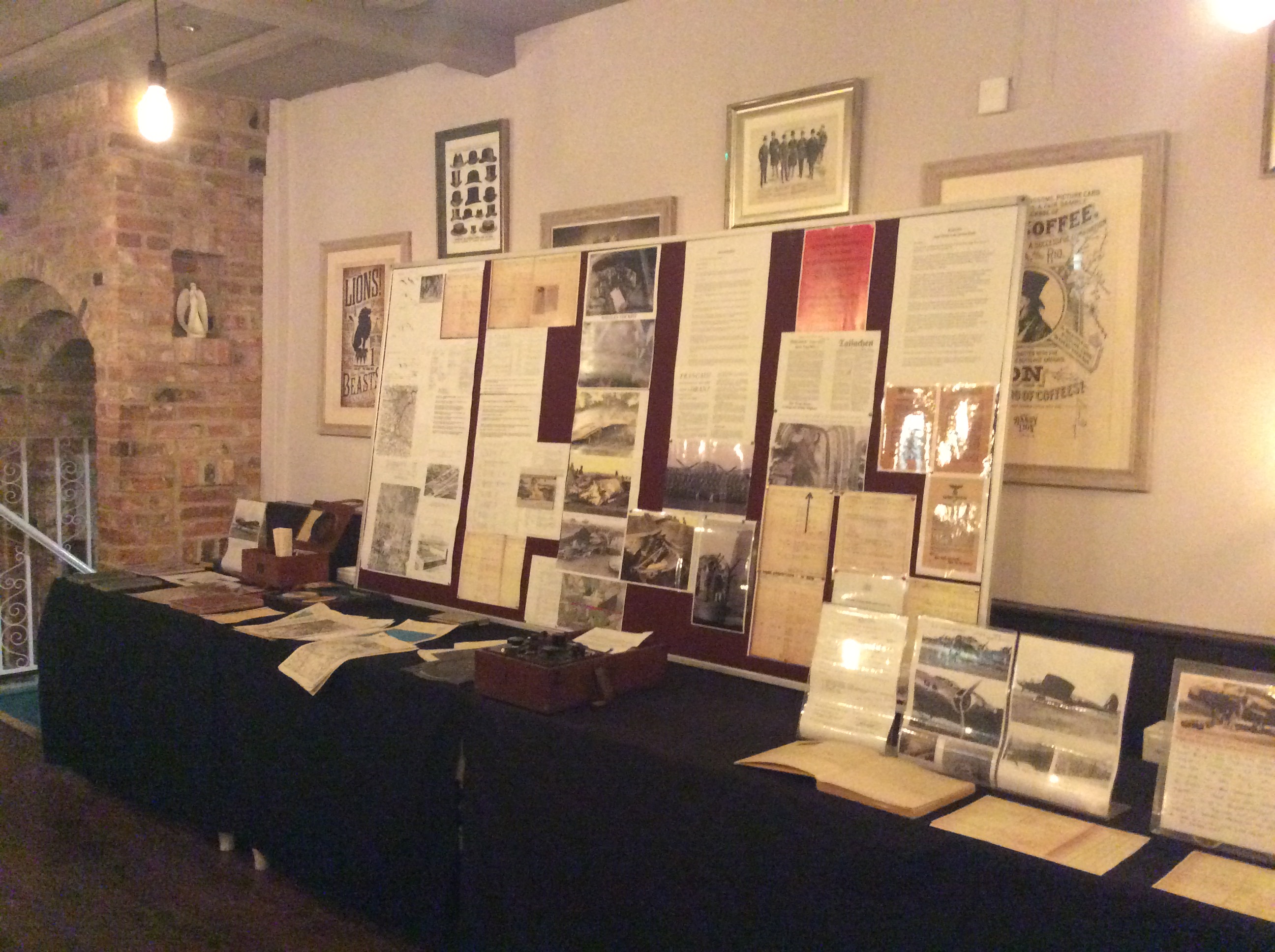 Thirty five members of Gringley History Club met at the Blue Bell on the 20th February 2020 for a club night. Following our AGM, we were delighted to welcome Darryl Uprichard who gave us an informal talk on the experiences of his father as a WW2 bomber captain.

Will Uprichard (known as Paddy) joined the RAF as a 17 year old in 1929. He was invited for pilot training and became a top-class pilot.  Unusually, he also trained as a navigator and completed his training by taking navigational responsibility for a Hull trawler, the Arctic Trapper, on a three week fishing expedition to Icelandic waters in winter. After the outbreak of war he was posted to 51 Squadron at RAF Dishforth. Paddy was amongst the earliest RAF bomber crews of the war, between 1939 and 1941, a period on which little information is known.  Darryl described some of the 31 raids in which he took part as Captain of P 5020, a twin-engined Armstrong Whitley aircraft. One for example on the Fiat aeronautical and motor works in Turin but also targets in Germany, France, Belgium and eastern Europe . Darryl read out a moving testimony dictated by his father of a raid on an oil refinery at Politz in the Baltic in bad weather. Although he was lost for a large part of the flight he did manage to reach his target and, with great difficulty, return to base in Yorkshire after a flight of eleven and a quarter hours, the longest recorded mission of a Whitley.  He landed with empty tanks; two Whitleys on the same raid ditched in the Wash after running out of fuel. Missions were also carried out to drop propaganda leaflets in Germany and France. After completing his 31 missions, as an experienced pilot Paddy was assigned to a group of pilots in RAF Ferry Command who delivered aircraft from the Boeing works in Seattle, over to England. This involved long flights over the US mainland and North Atlantic to the UK with possibilities for a bit of siteseeing on the way!

Darryl's talk was illustrated by an amazing range of memorabilia collected by his father; flight log books, maps, plans of targets, RAF orders, photos, leaflets and even the insulated clothing he wore on missions. Darryl also showed us Paddy's medals, including the DFC.

We would like to express our thanks to Darryl for his fascinating talk and for allowing us to see and touch these unique documents. This was Darryl's first public presentation of his material and we are grateful that we were able to experience it in Gringley History Club and he wished to dedicate his presentation to the lost crews of Bomber Command in those early years of W.W2 before America joined the war.

Thanks also to Adam for hosting us at the Blue Bell, on what turned out to be a very busy night. 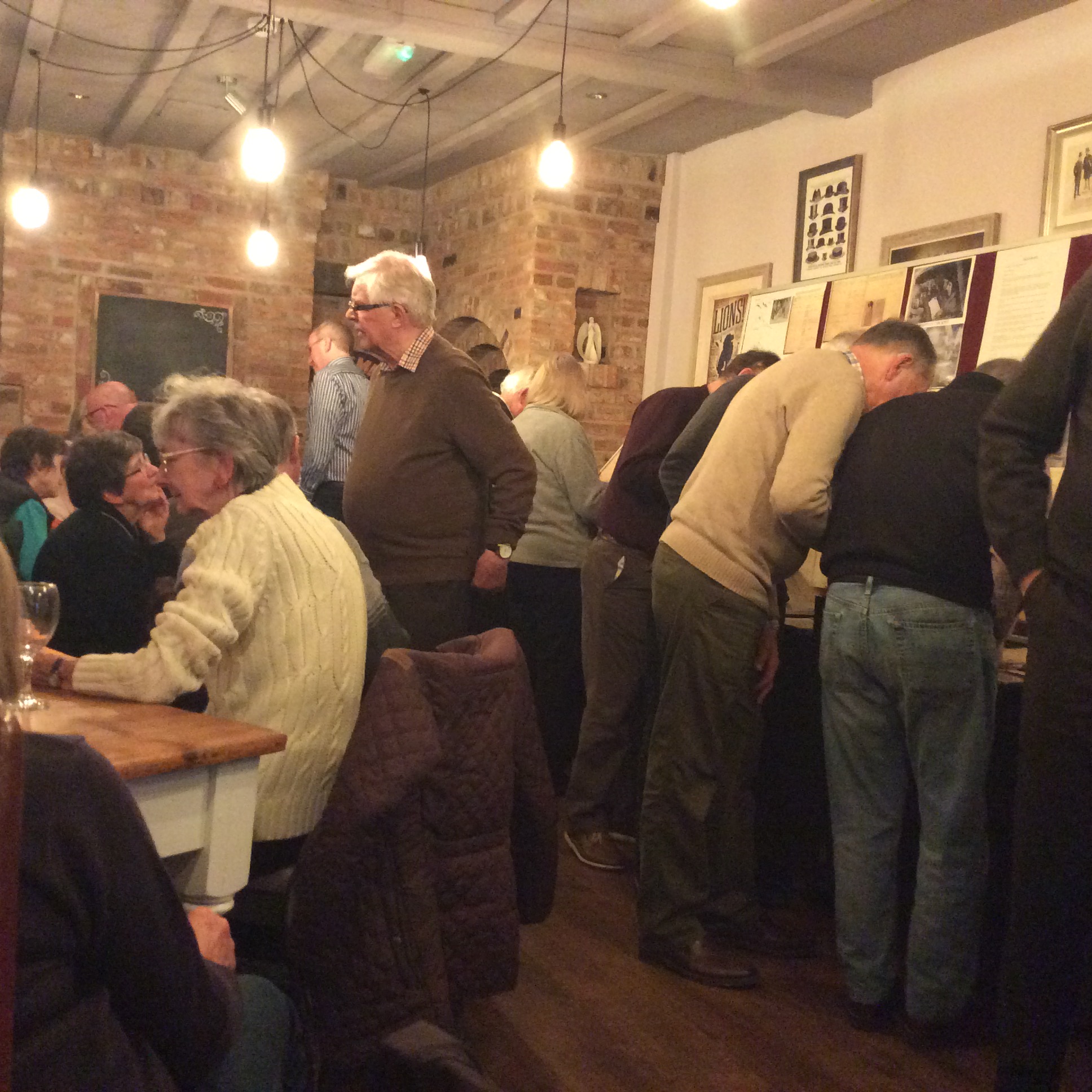