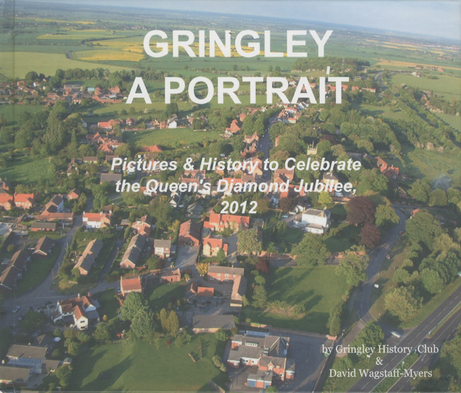 'Gringley A Portrait' was published by the Gringley History Club in 2012 as a celebration of the Queens Diamond Jubilee.  Particular thanks are due to David Wagstaff-Myers who has taken about 40 wonderful photographs which are included in the book, and pulled the articles we have produced into an attractive format.   The various chapters chart the history of Gringley on the Hill from ancient times through to the most recent building development at Baker Avenue.  It provides a potted history of important landmarks in the village and a selection of 'then' and 'now' photos documenting how the village has changed over the years.

The original print-run has now been sold but e-copies and hard copies can be purchased via Blurb. 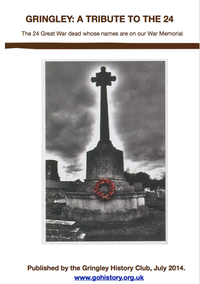 'Gringley: A Tribute to the 24' was produced and published in 2014 to mark the centenary of WW1.  It contains the names, and as much information as we have been able to ascertain, of the 24 men from Gringley on the Hill who died in the Great War and also those who lost their lives during WW2.

Copies of this publication are available from This email address is being protected from spambots. You need JavaScript enabled to view it. 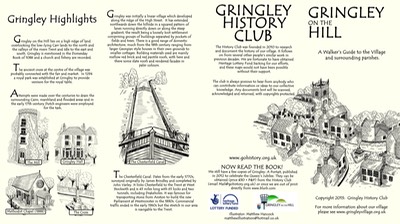 A free Walking Map of Gringley is available from This email address is being protected from spambots. You need JavaScript enabled to view it. 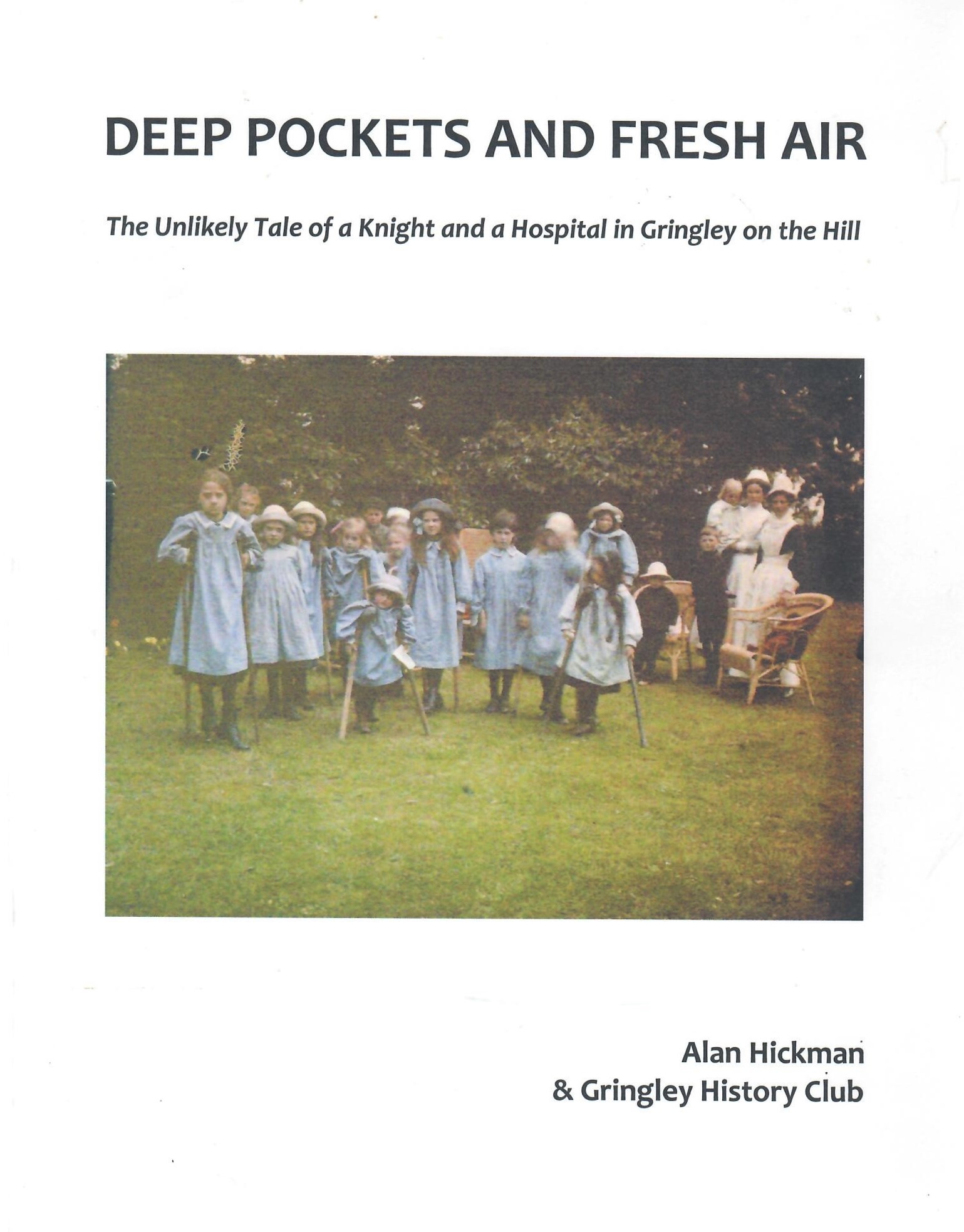 The contents of this book were almost entirely researched and written by the late Alan Hickman, chairman of the Gringley History Club.  Club members made final touches and published the book in 2018 as a fond tribute to Alan.

The research originally had the straightforward brief of understanding the history of the TB Hospital at Gringley in the decade following the Great War.  It very soon became clear however that there were many other unexpected stories to be told, all of which pivoted in some way around the hospital and included the involvement of the Duke of Portland, and Sir Joseph Laycock of Wiseton.

The story would have remained largely untold but for the research, publications and reunion organisation of John Clubley, a patient at the hospital in the 1930s.

Copies of the book are available from This email address is being protected from spambots. You need JavaScript enabled to view it.

Price: £8 for non members, £6 for members (members are allocated one copy at the reduced price, any further copies are £8.)

Produced as part of Nottinghamshire Heritage Forum's 'Fighting for our Heritage'. 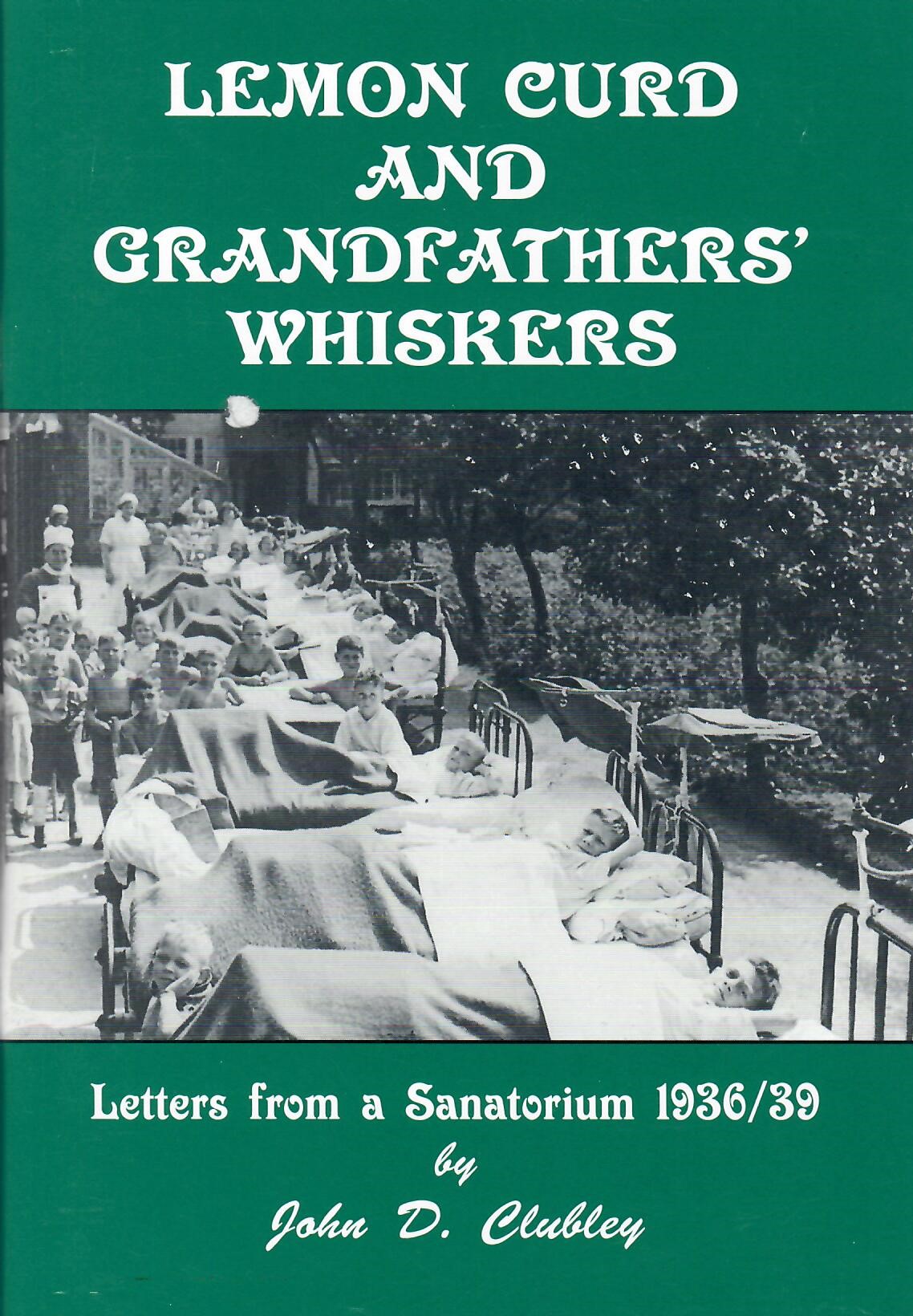 Lemon Curd and Grandfathers' Whiskers is a self published memoire of John Clubley who was admitted to Gringley TB Hospital as an 8 year old child in 1936. He finally left the hospital in September 1939.   "A grim tale of the thirties?  Not at all! Simply an honest account of the bad times and the good times remembered with humour and gratitude to all concerned". (John Clubley).  John went on to become Chief Architect at Stockton Borough Council.   Limited copies are available from This email address is being protected from spambots. You need JavaScript enabled to view it. 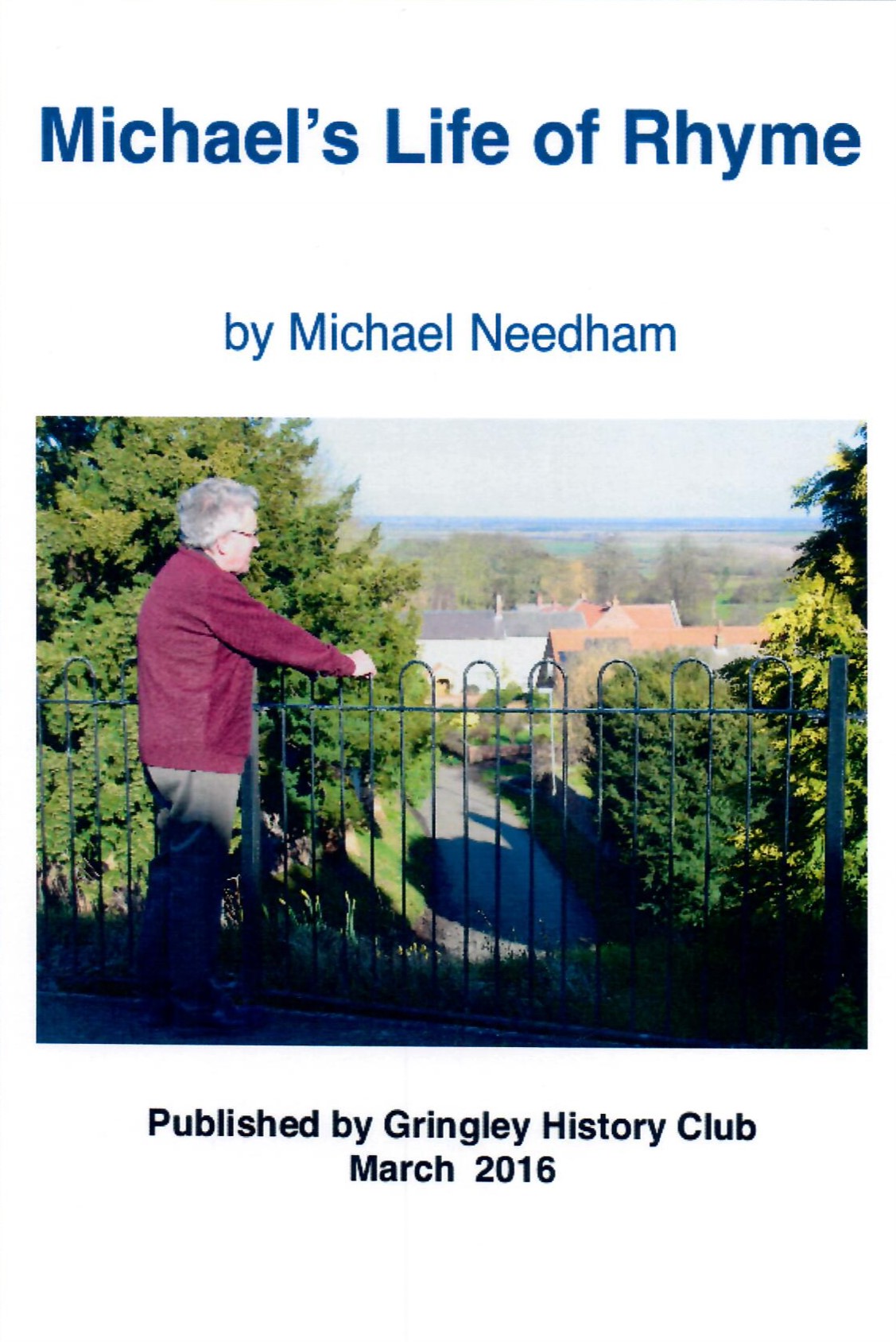 Michael's Life of Rhyme was published in 2016 by Gringley History Club.  Michael would say he has been a resident of Gringley 'all his life' so far.  He has been a familiar figure in the village throughout this time, school boy, young man, father, grandfather, village butcher and shop keeper and Chairman of the Parish Council.  He is the third generation of his family to attend St Peter's School, his grand-daughter is the fifth.  This book of poems takes us down Michael's memory lane of Gringley.

"My writing started quite by chance.  A property at the bottom of Little Lane was put up for sale.  * Little Garth had belonged to Mr & Mrs Asher and after their passing had stayed empty for years, apart from a flock of geese looked after by a neightbour.  My grandparents lived in a cottage on Horsewells looking up Little Lane, and I often saw Mr & Mrs Asher going off to Doncaster Market on a Saturday, met them at Chapel on Sunday, was sent to buy tomatoes, or have a haircut in the scullery every three weeks!  The changing of the property marked the end of an era for me. I wrote a few lines in verse and submitted them anonymously to the Beacon Magazine.  Flushed with success, I was encouraged to write a few more  . . . "

* Little Garth is the property now called Pear Tree House on the corner of Horsewells Street and Little Lane.  The outbuildings are now called The Barns.

For copies please contact This email address is being protected from spambots. You need JavaScript enabled to view it.