In Victorian times Gringley was fairly self sufficient.  The 1864 Business Directory incidates there were a variety of shops and businesses.  Gringley even had its own policeman, J. Earp (no relation).  Gradually over time shops closed and by the early 1970s only Cross Hill Stores and the Post Office next to the Blue Bell on the High Street remained. 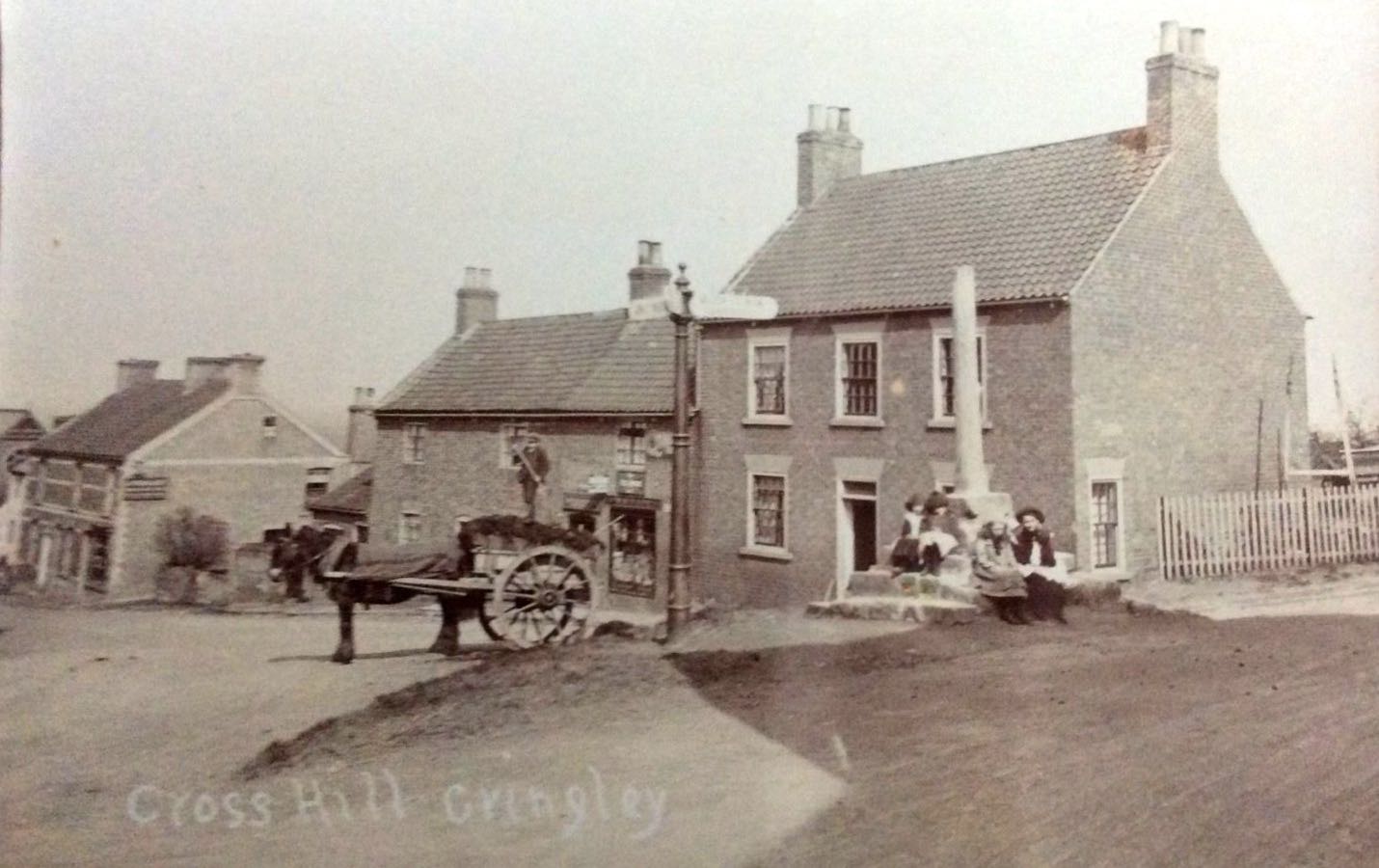 Cross Hill, Pre 1918.
Whaley's bakers (now Acorn House) to the left of the cart, see the shop sign on the end wall,
and the general stores behind the cart (now Trust Cottage)
Cross Hill Stores or 'Blakes' was run by Kelvin Law for many years. The last person to run ithe shop was Terry Forster before he
bought the Blue Bell, c1970s.  (Thanks to Kath Staves for this information, May 2020) 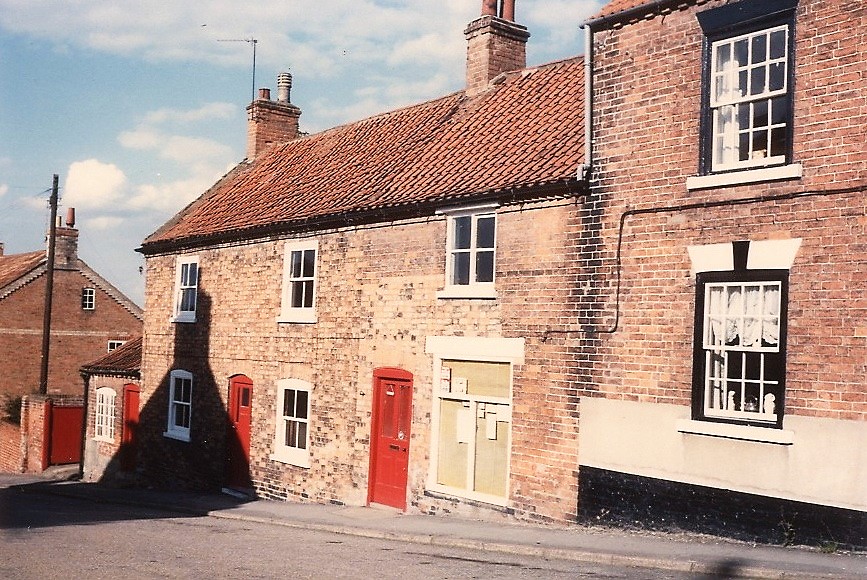 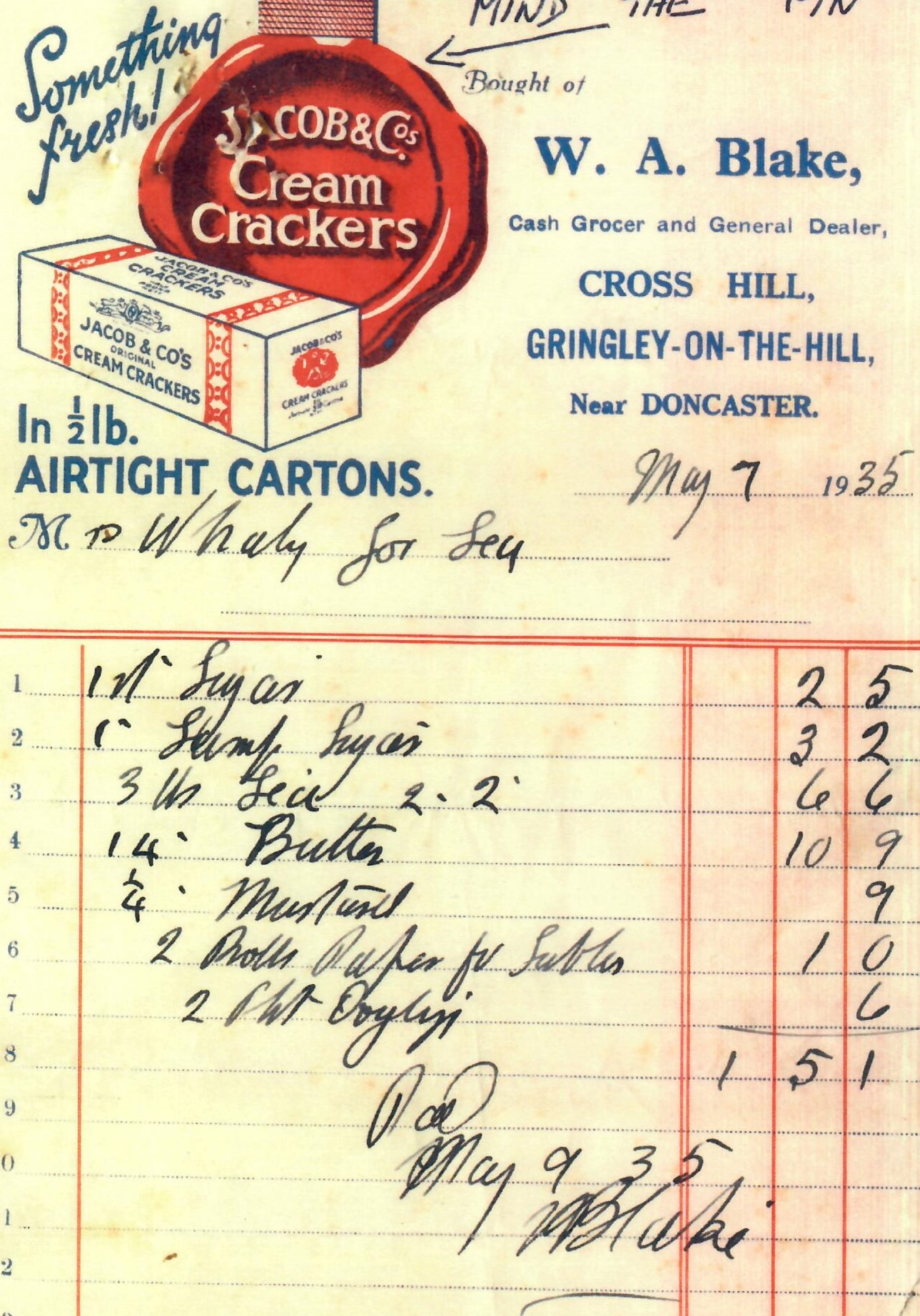 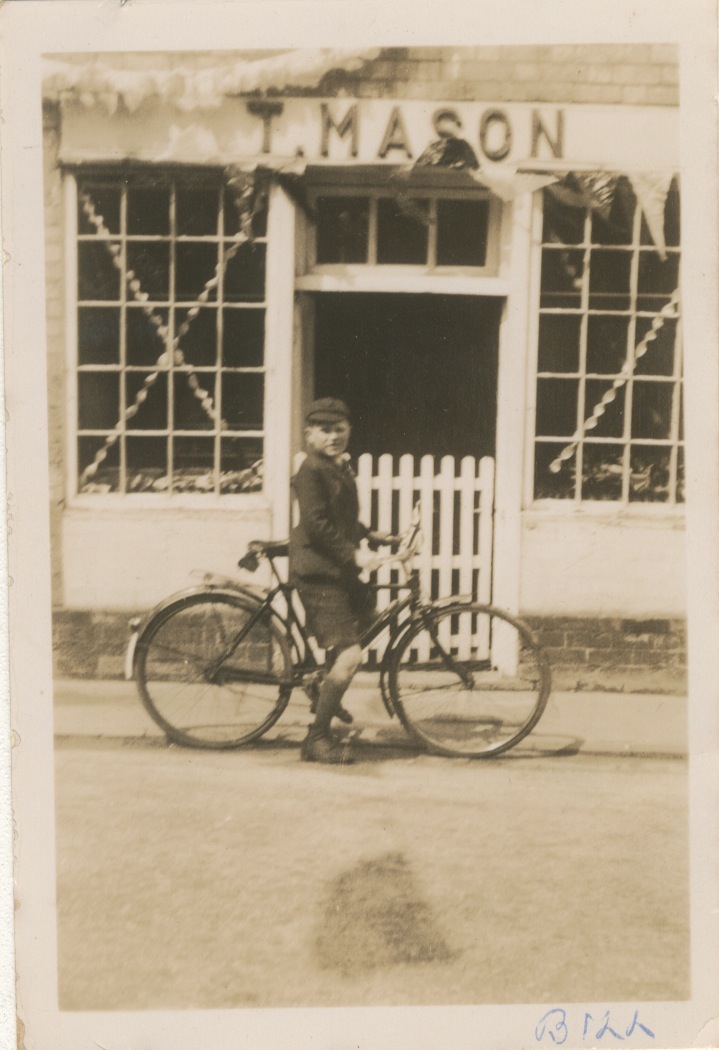 1935.  Bill Hunter outside Masons Butchers, High Street, (opposite the church) 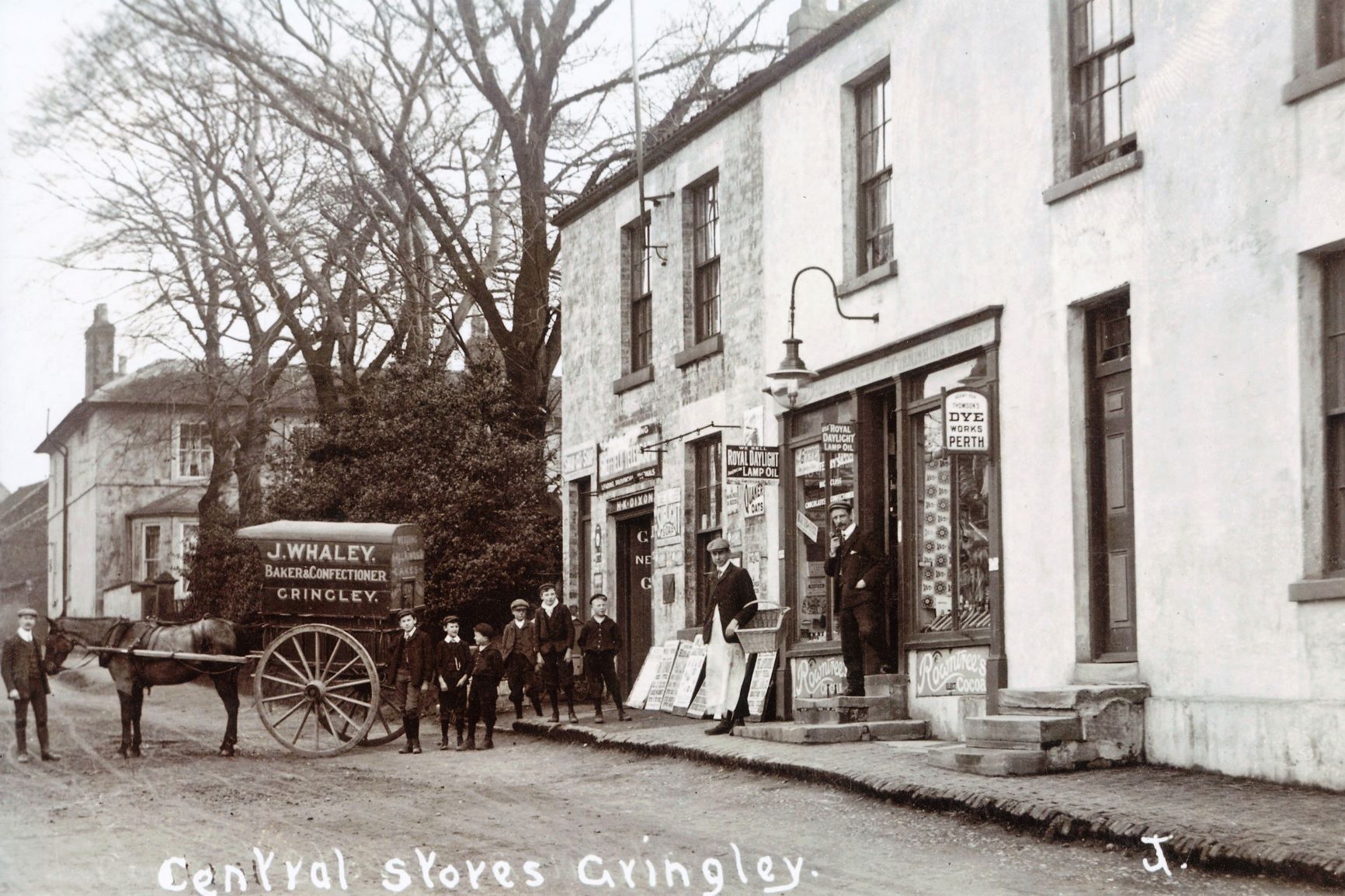 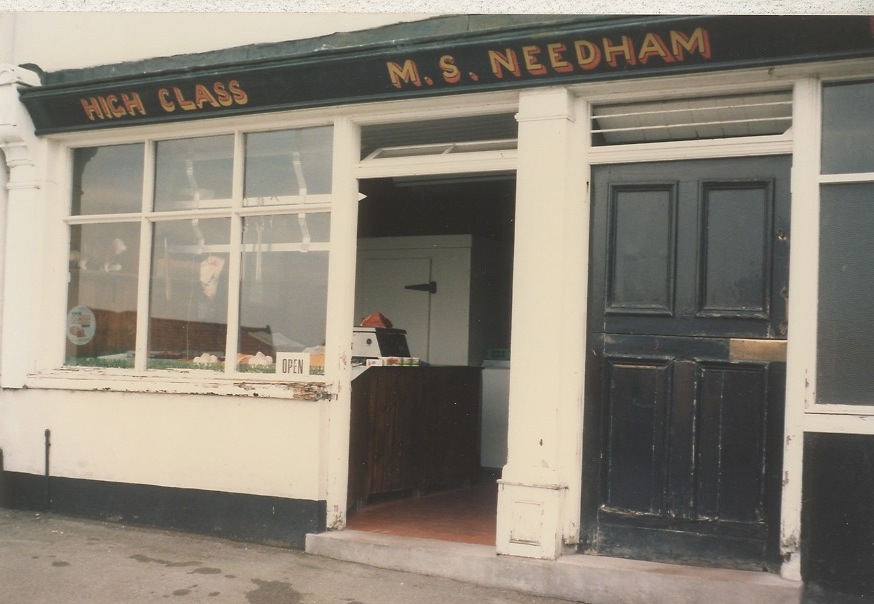 Needham's butcher's shop, and to the right the cobblers run by Mr Walton  (the right hand part of what is now Sunnyside Cottage) 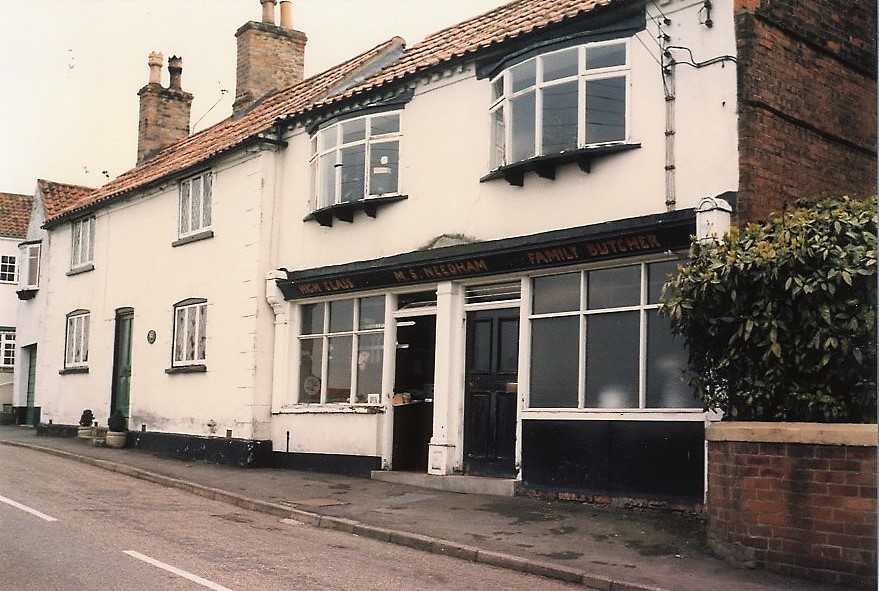 Sunnyside Cottage to the left of the photo, site of the Butchers Arms pub which closed C1881 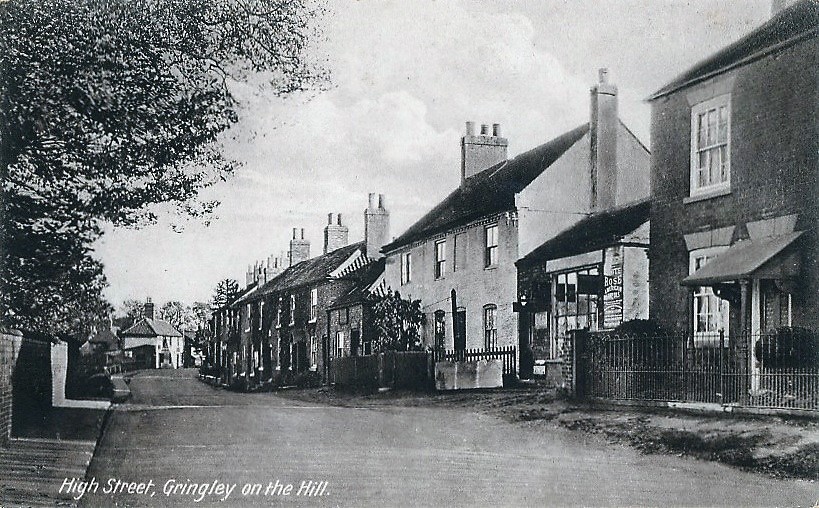 Saddlers Shop, High Street, opposite Ravenhill.   (Saddlers Cottage to the left of the shop) 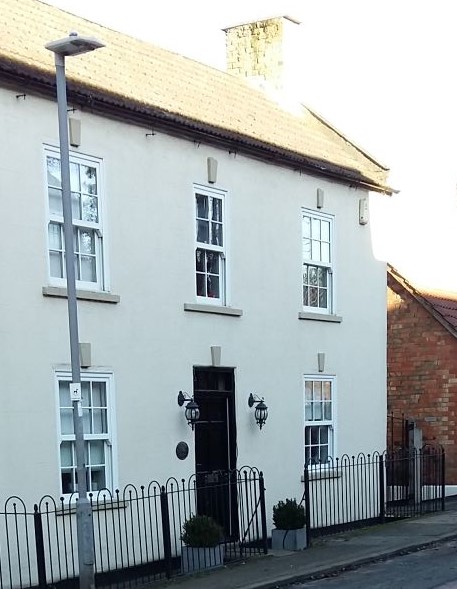 Gringley Surgery.  During 1930's/1940s there was a practice at the property now known as The Secret Garden (2020).  The surgery then moved during 1970s/1980s to the High Street (above photo).  New premises were subsequently built on Leys Lane. 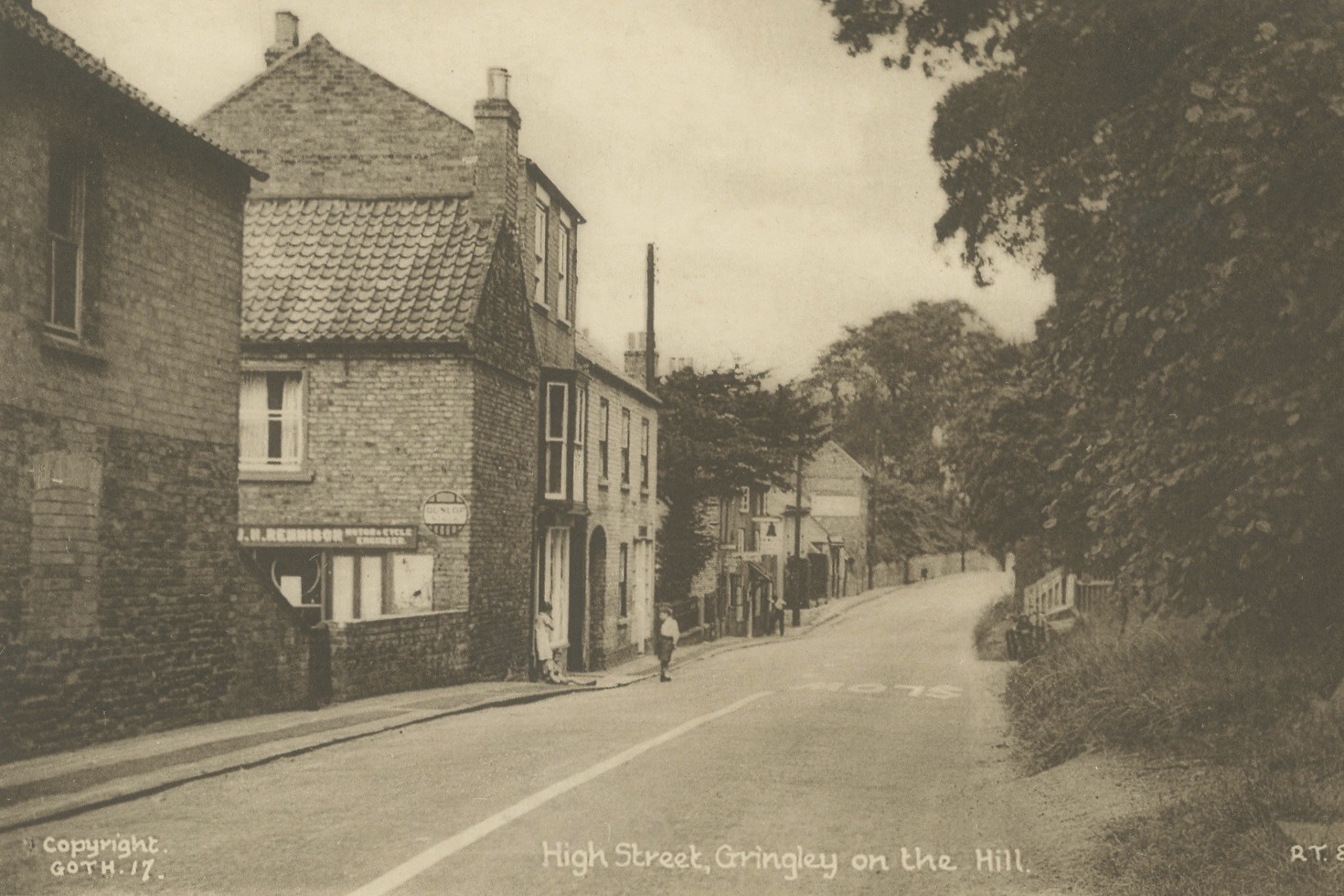 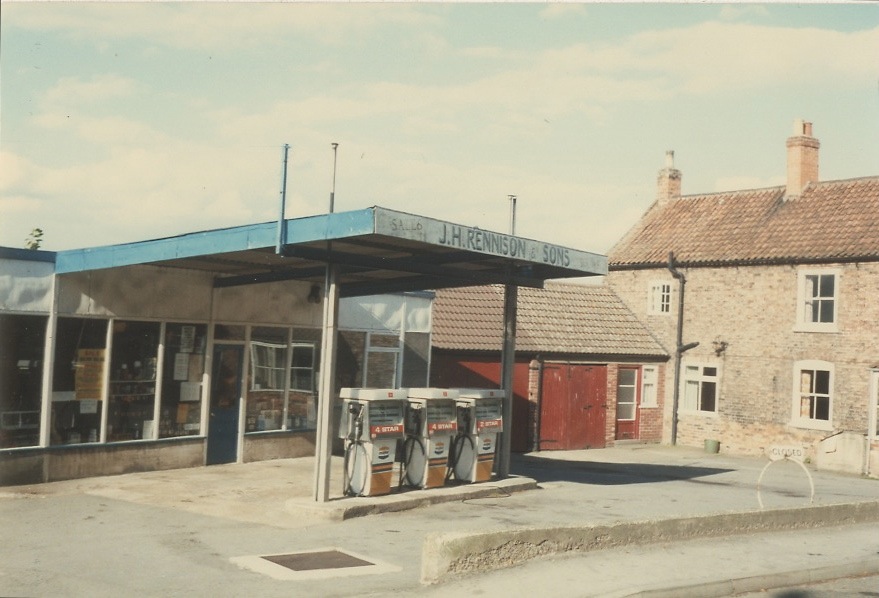 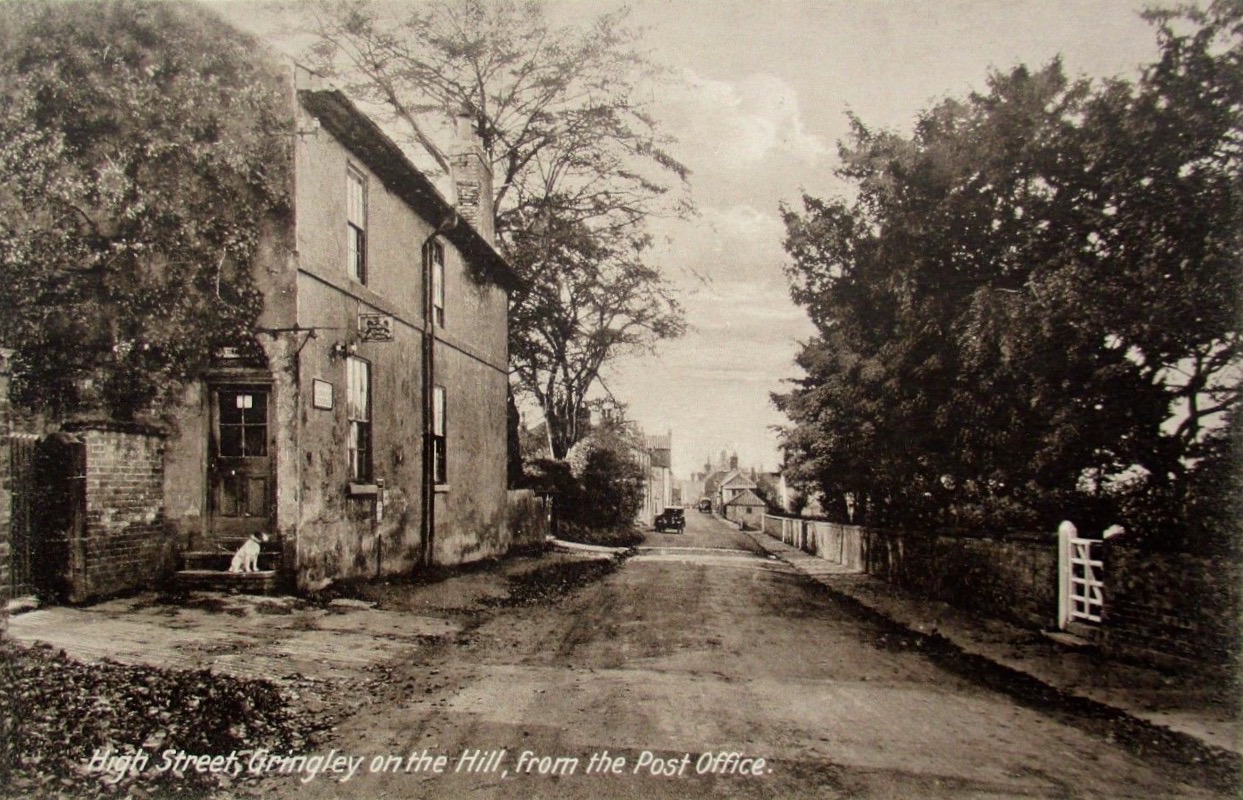 In more recent times a Post Office operated from the property next door to the Blue Bell.  Mrs Marshall ran this business for many years, retirning in 1987. June Riley then took over the business which she ran for almost 15 years. 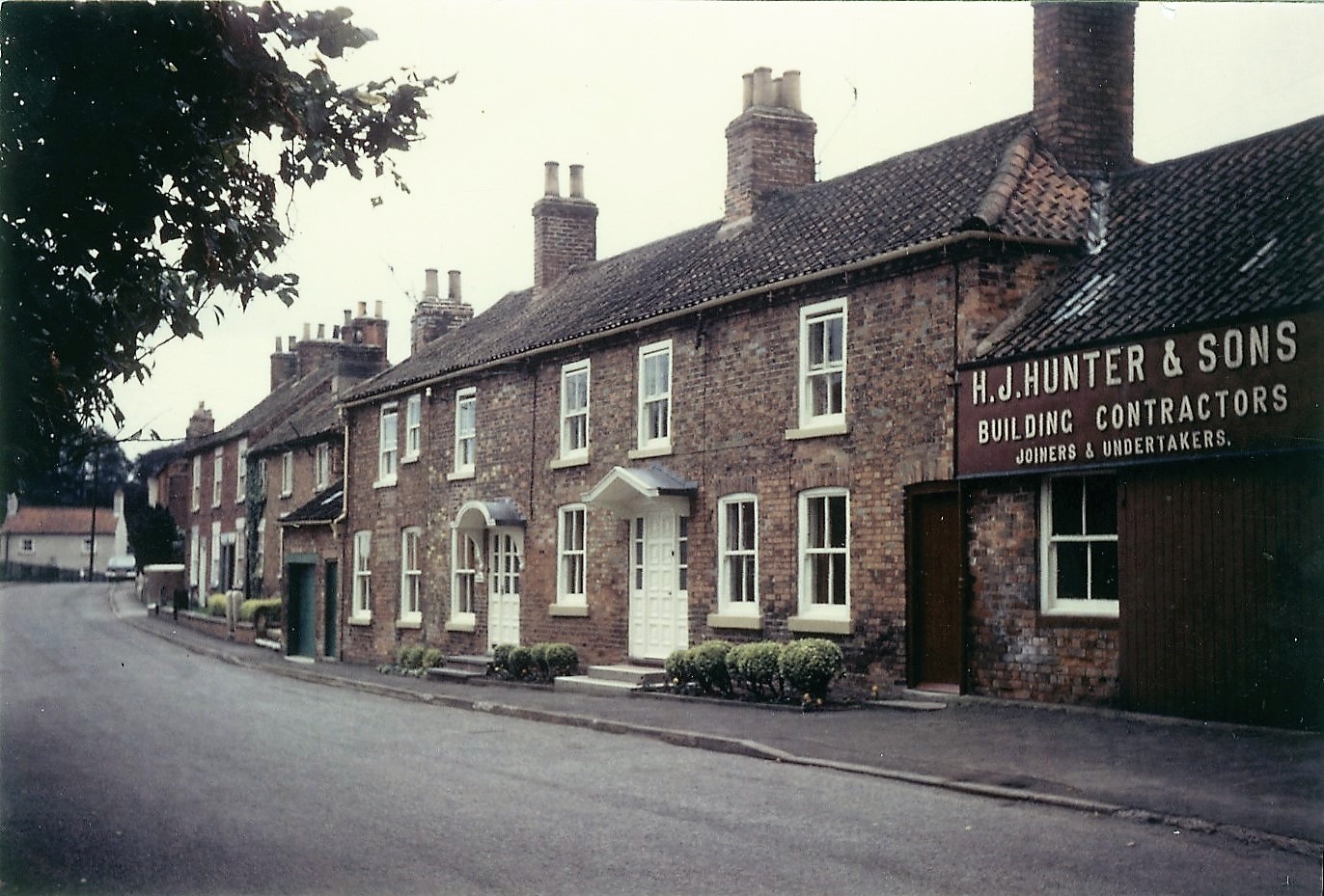