The Chesterfield Canal was built between 1771 and 1777 to connect Chesterfield to the River Trent.  Barges primarily carried lead from Derbyshire as well as coal, corn, timber, ironstone and earthenware.  Stone was quarried near Worksop and carried by barge along the Chesterfield Canal for building the Houses of Parliament.

The canal first reaches Gringley at Top Lock which was supervised for 34 years by William Antcliffe, a well known figure who lived beside the canal at the lock-keepers cottage. 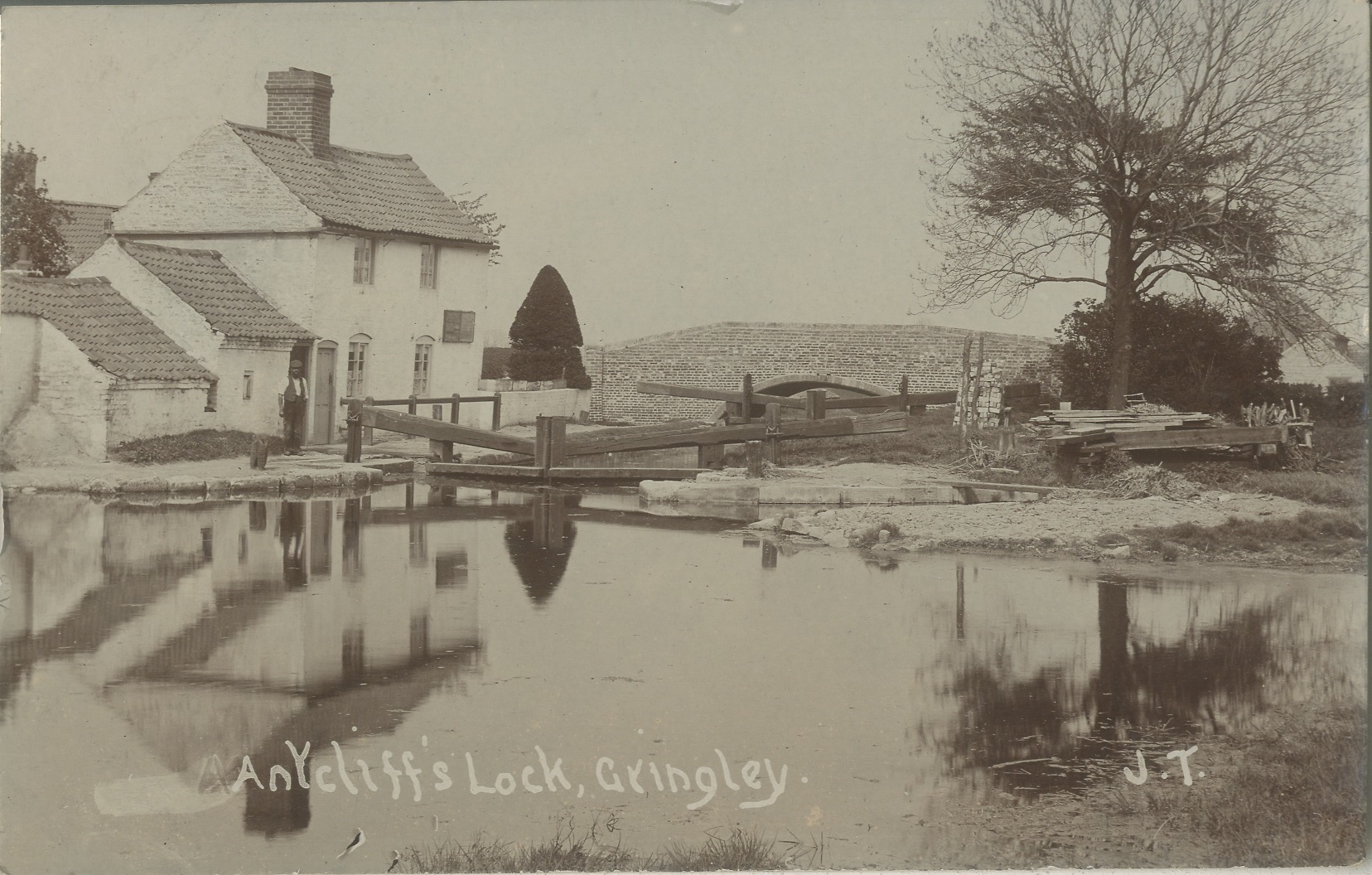 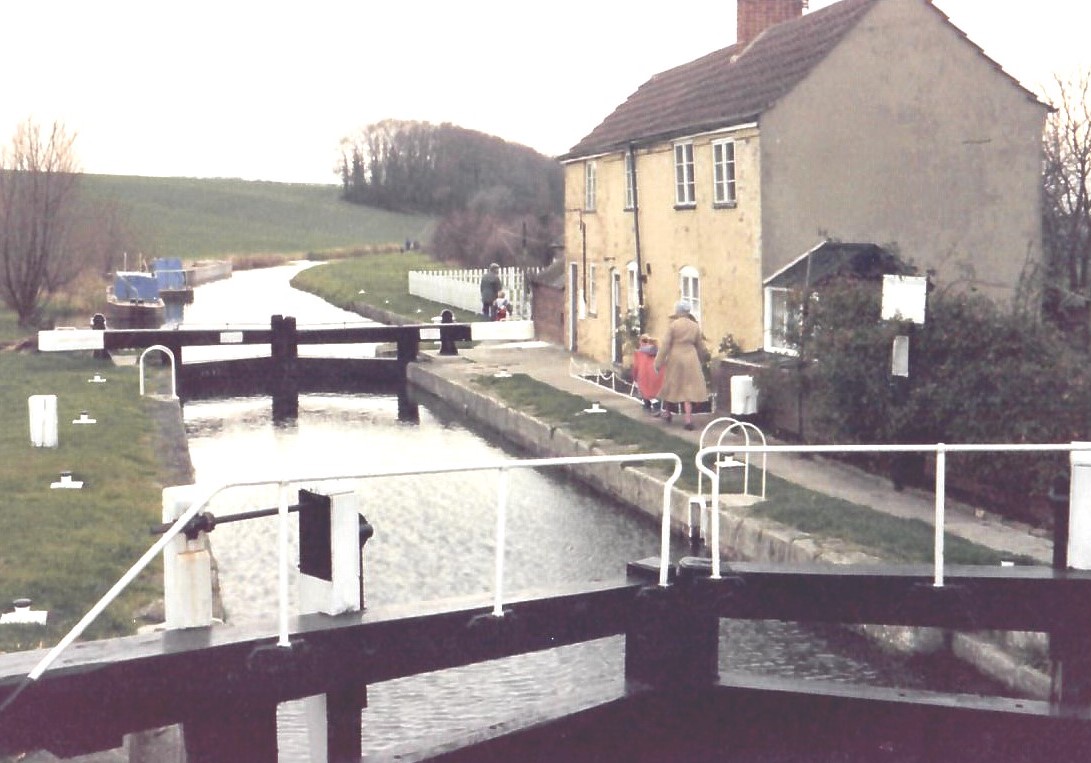 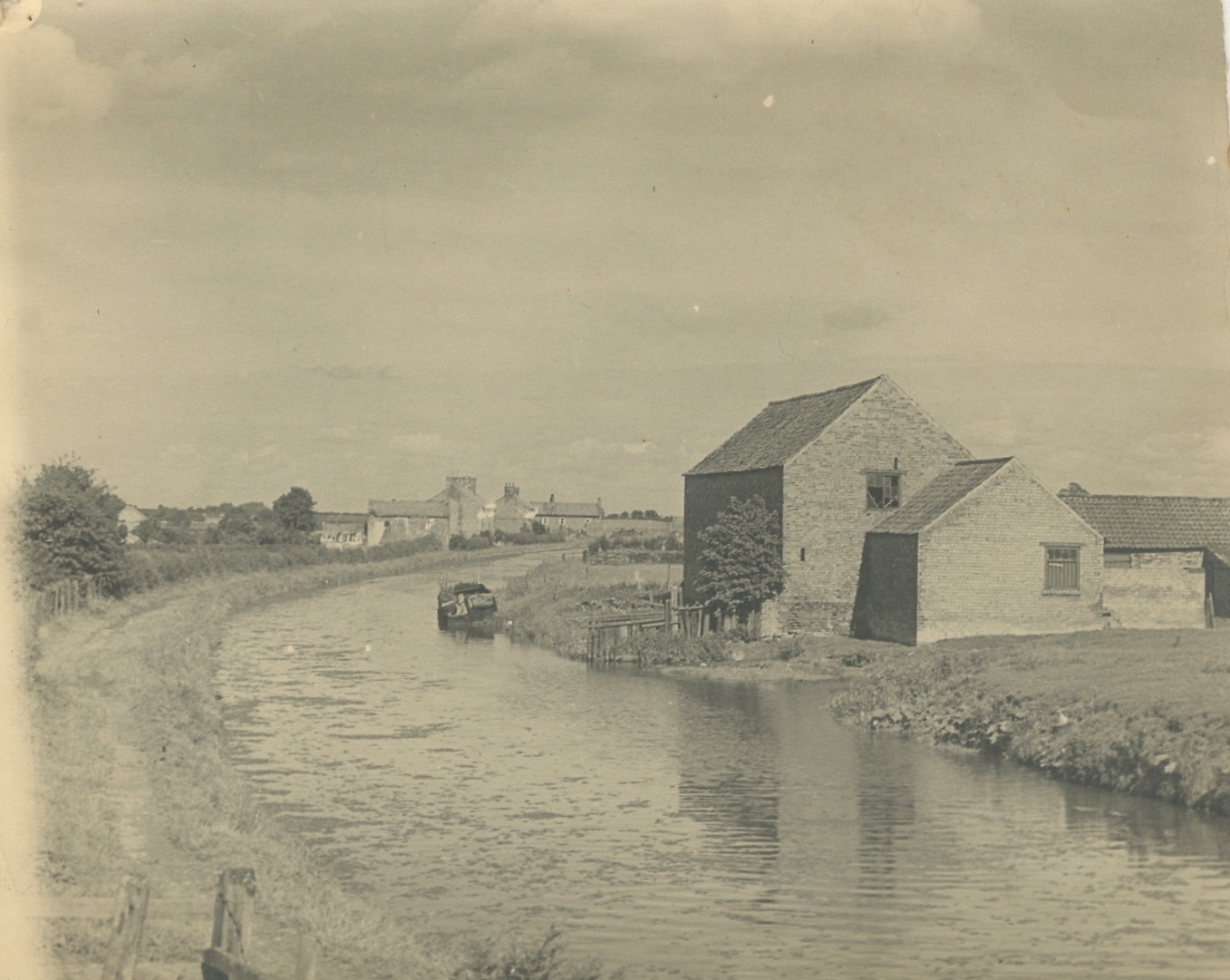 On the right of this photo we can see some farm buildings and a jetty, these have gone of course but a portion of wall remains. 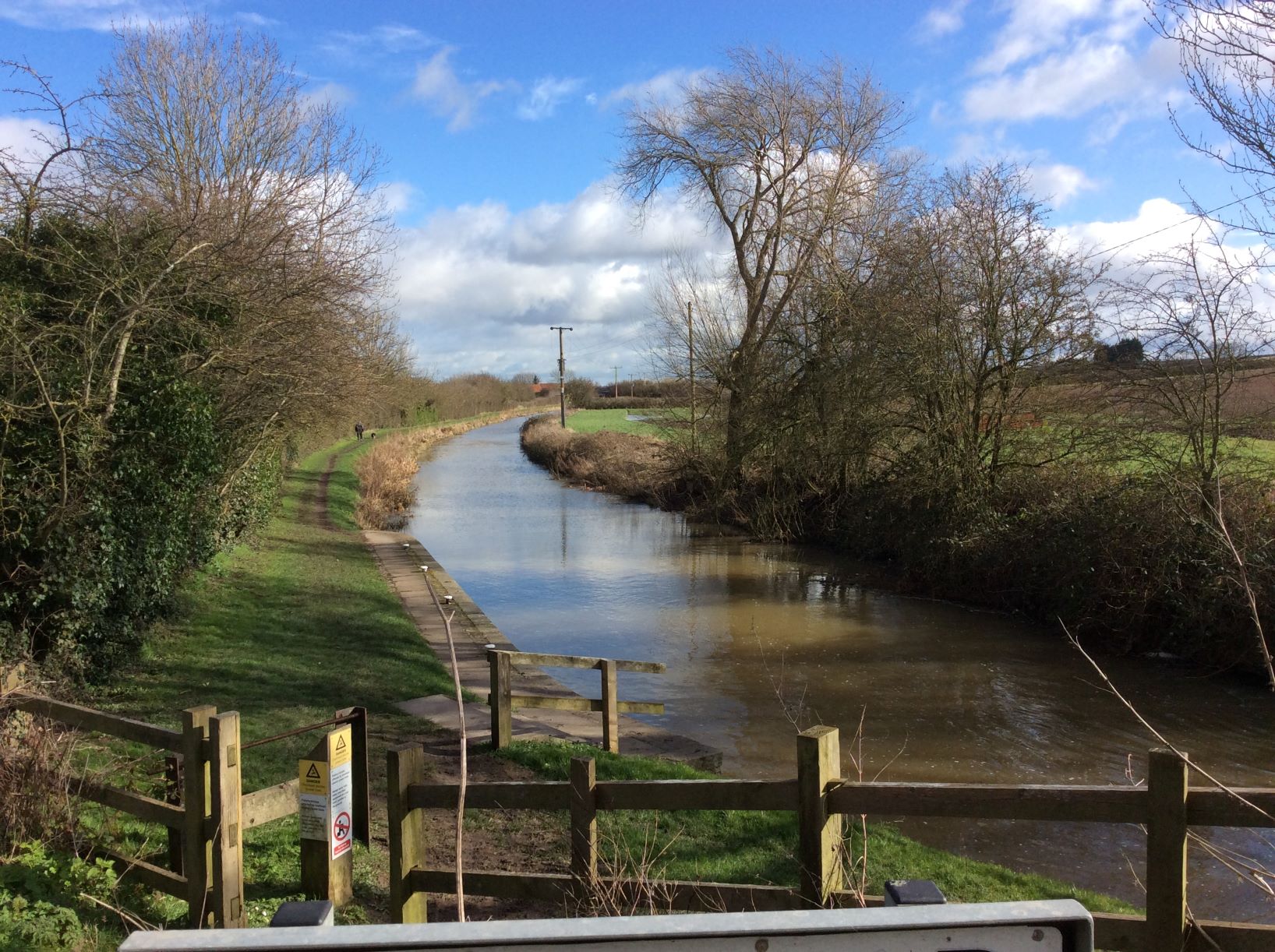 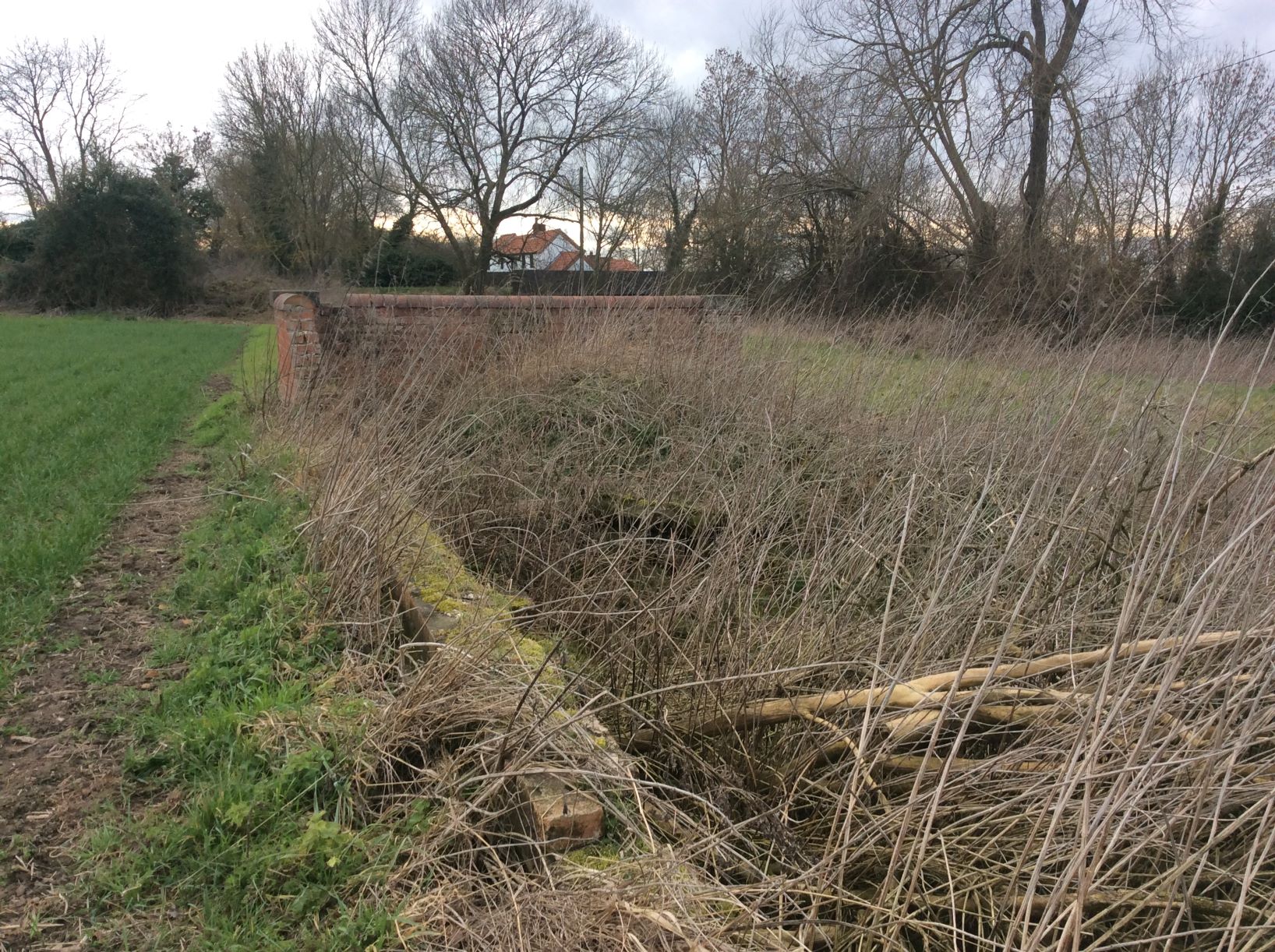 The remains of a wall (behind the trees) is all that is left of the canal side buildings, (the buildings on the left at Middlebridge have also gone)
(Photo taken in 2020) 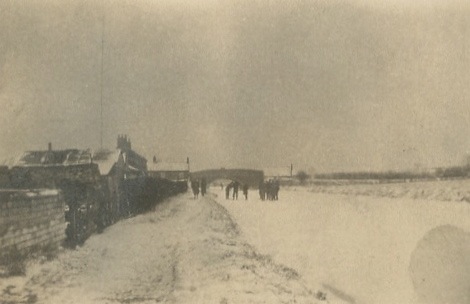 Looking towards Middlebridge in the distance.  In this photo we can again see the buildings and walls on the left of the canal path.

At Middlebridge we can see the partly restored Gringley Wharf, two working boats were based here.  Coal was delivered to the wharf by barge and taken up to the village by cart.

Volunteers and architects uncovered the remains of stable walls and a brick floor, along with remains of the limestone floor over the rest of the wharf area.  Finds dating from the late C18th were uncovered here.  The original wharf and stable surface appear on maps from 1890 and 1948. 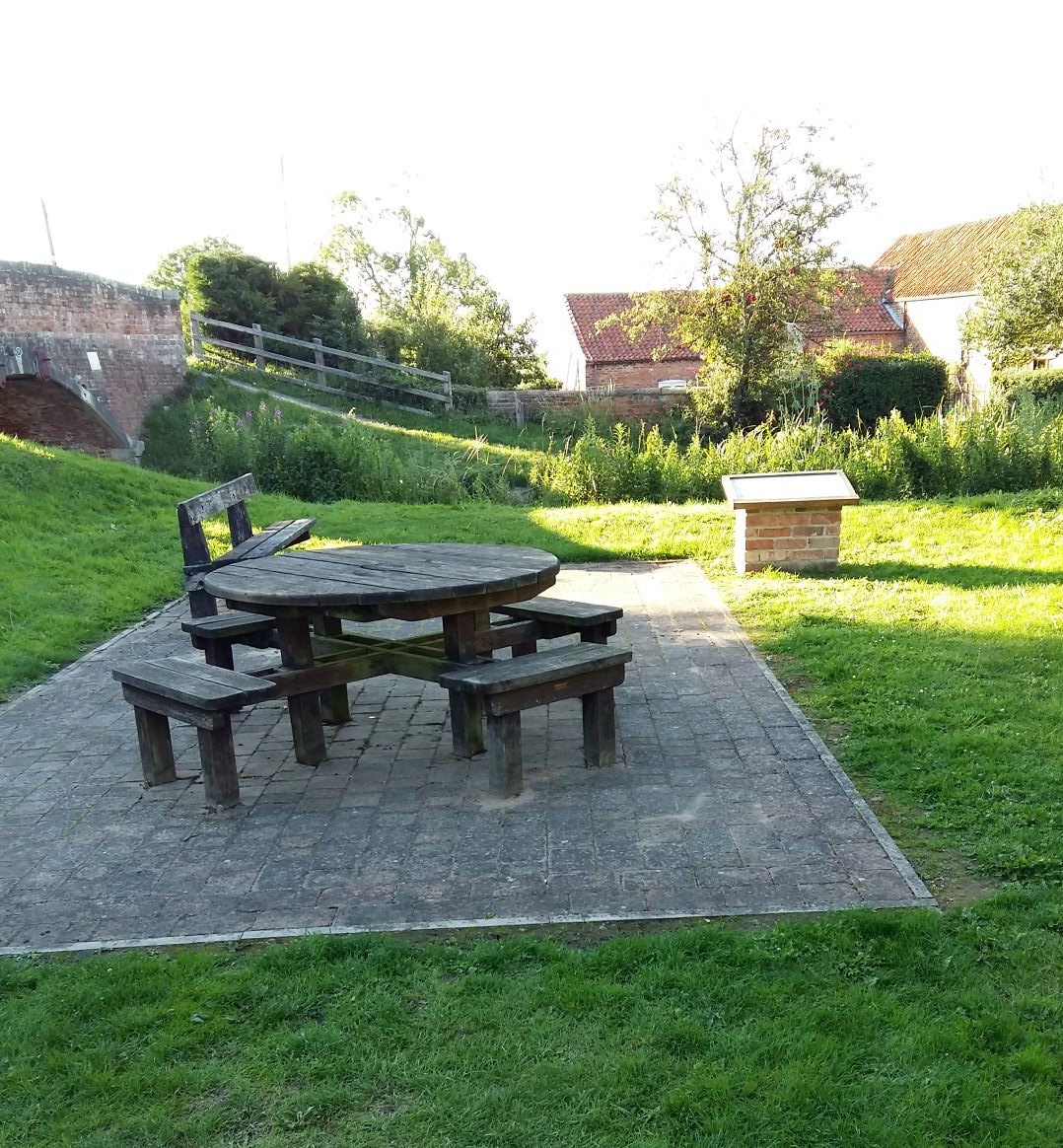 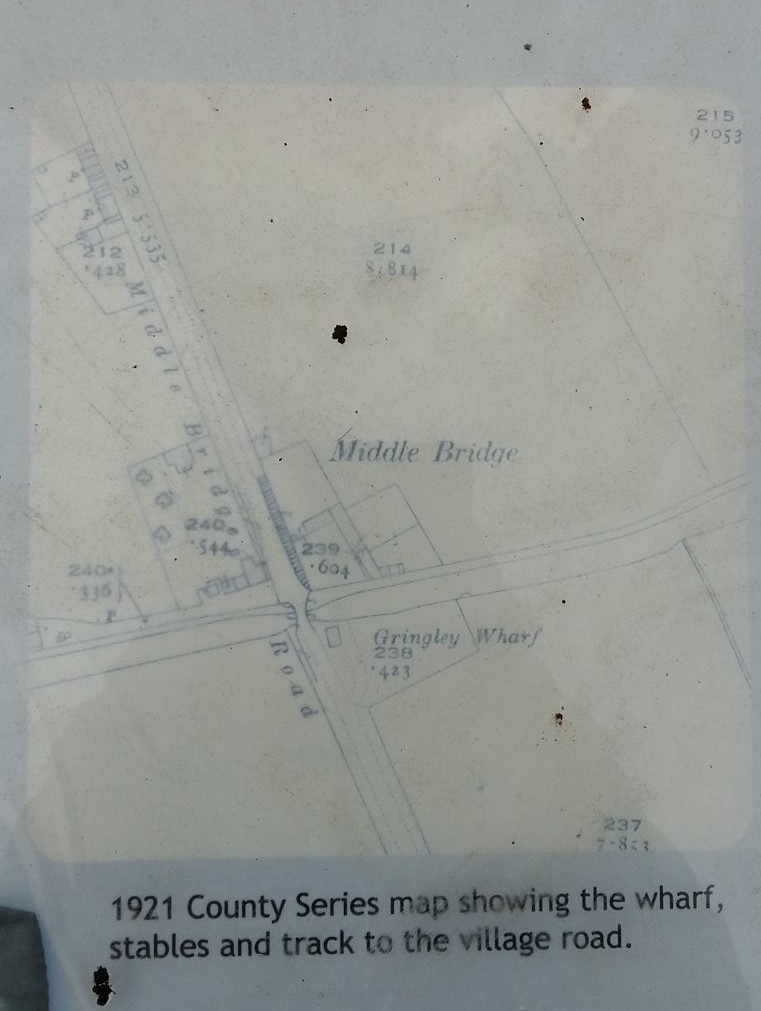 There was also a pub by the canal, sadly nothing remains of this old inn except some bricks and weedy land. 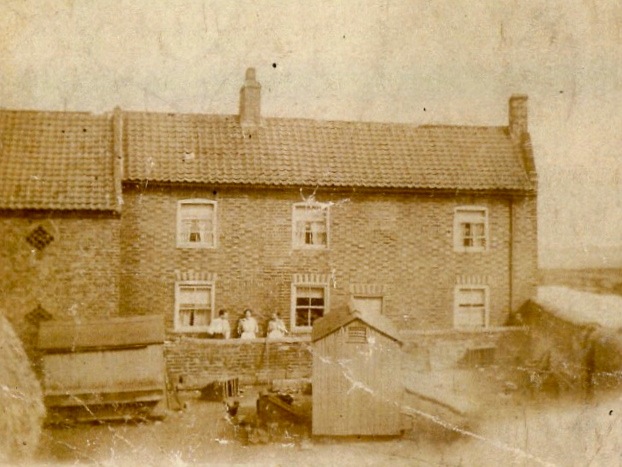 Onwards from Middlebridge - the next lock is Gringley Low Lock, or Shaw Lock as it is known today.   Just to the left before the bridge is reached we can see the remains of the old brickyard belonging to Hill Brothers.  This brickyard was still thriving in 1880. 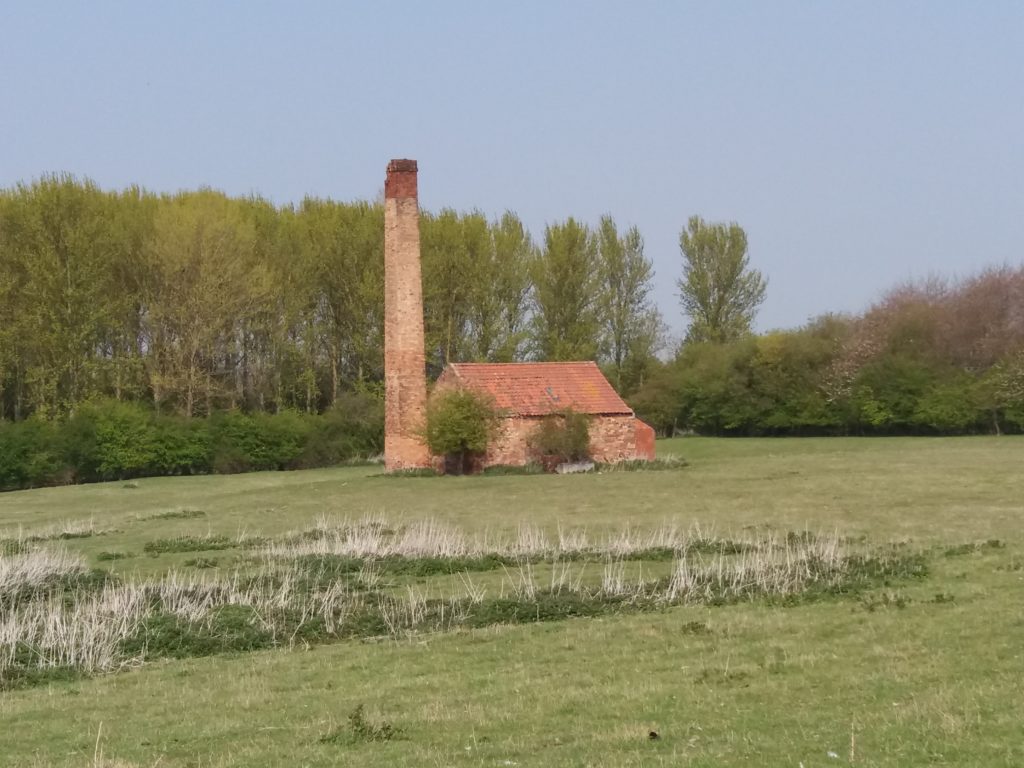 Shaw Lock was rebuilt in 1830.  The canal passes two more brickworks, skirts Walkeringham and passes through Misterton before joining the River Trent.  Commercial traffic ended in the 1950s.